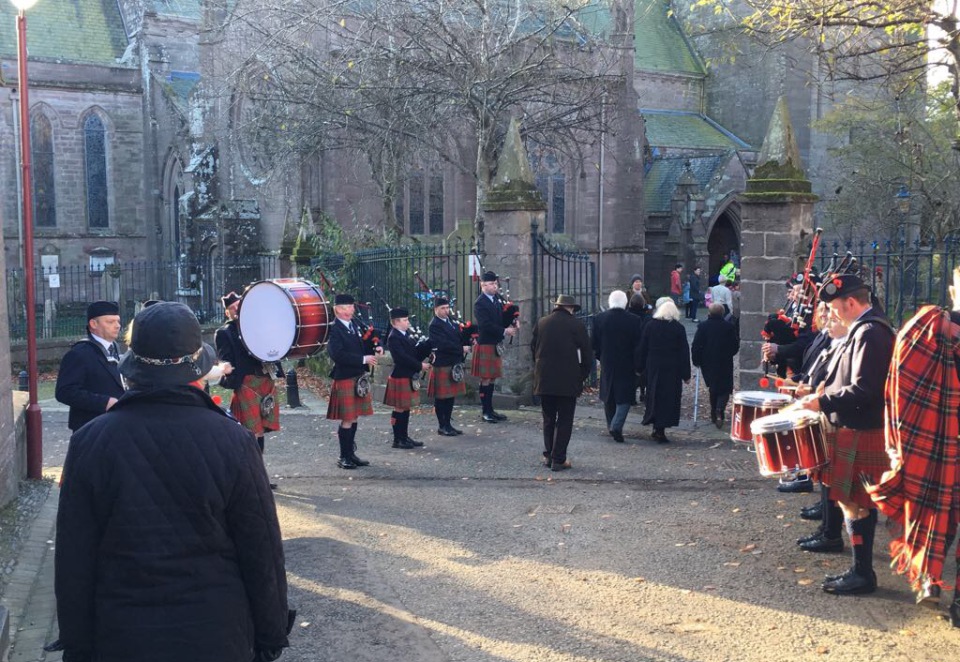 The band is based in the Cathedral City of Brechin in Angus, Scotland. The City of Brechin Pipe Band is a registered member of the Royal Scottish Pipe Band Association (Dundee, Perth and Angus Branch). The band is currently competing as a Grade 4B band. In 2006 we gained Registered Charity Status (No: SCO 37508).

The earliest record of any official connection between Brechin Town Council and bagpipe music is contained in the minutes of the magistrates on 20th June 1688 appointing John Wyslie to the post of Town Piper.

The earliest record of a Pipe Band in Brechin is the formation in 1884 of a band to lead the local volunteer detachment, this band also took part in various local ceremonies related to the funeral of Queen Victoria and the welcome home to local men who served in the Boer War.

Brechin Town Council drew up the Pipe Band's Constitution in 1950 naming the band "The City of Brechin Pipe Band" - this is the Constitution the band continues to use today, including service to the ancient office of "Town Piper" by the Pipe Major who maintains and plays the "Town Bagpipes".

Any queries or concerns?

We are located at:

Get social with us.